I was kind of forced into it.   I was recruited from Charles E. Smith to KSI (now known as Kettler).  At KSI, I was tasked with setting up a new division that would handle all of their “ancillary service agreements” in their single family and multifamily projects.

The idea was that this new division would become self-sustaining by collecting a percentage of revenue from each deal negotiated…. and hopefully grow to a new revenue stream for KSI.   Unfortunately, the cart was placed in front of the horse as KSI never got buy-in from all their partners (the partners claimed that the services this new division handled were part of the management agreements already in place).

The idea was scrapped, but KSI still needed someone to handle all the negotiations for these various amenities, especially when it came to telecom needs in new developments. After several years, KSI believed that I had negotiated all the amenity agreements available on their portfolio and no new amenities were coming, plus their portfolio was not growing (at this point I became an expense instead of a revenue generator, so I was let go).

Being in a niche segment of the apartment industry, there were no available openings for someone with my skills….so with the encouragement of several people (my wife Maddie, Scott Skokan, Steve Lefkovits, and some much-needed assistance from Bob and Toni Bader of Bader insurance), I nailed down my shingle officially in February 2003! 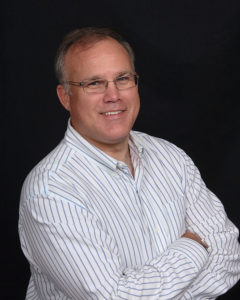 ← How I Got Started Building The Business →